To brush or not to brush

This morning I came across a body brush I bought years ago and have not used in as long. But when you are pregnant you look for little things to make you feel a little bit more comfortable in your own skin; and as I remember this was something that helped. So I brushed, had my shower and finished it off with body oil and yes, my skin felt fantastic.

Dry brushing is one of those things that seems like too much hassle and a big pain in the backside (literally), but its simply one of those things that once it becomes part of your routine, it becomes just that, part of your routine. It takes 21 days to create a habit, so I am giving it a go again. So first off what are the benefits of dry brushing. Well according to d’internet (as we say here in my home land), it:

So what does it involve? Well as the name suggests you brush the skin when it’s dry. It’s usually done before you get into the shower. If you can choose a natural bristle brush where possible (keeping life as natural as possible, that’s the goal right). Do not go for a long handled back scratcher because it doesn’t allow you control the vigorous strokes. Start at the feet and apply long strokes toward the knee. The knees take a circular motion, as does the bum. Then it’s long strokes again towards the hips. What you want to do is move in the direction of the heart. Use long strokes from fingers to shoulders and on the shoulders themselves, use a short downward stroke. Go hard on the knees, elbows and heels tougher skin, not that you have to be told). To note: use common sense when it comes to cuts and sunburn – not a good idea to aggravate the skin there. Image 1 below shows the lymphatic system. Figure 2 shows the directions for brushing.

Quick side bar: being the summer there is a point to note for those of you with tan, fake or not – as dry brushing removes dead skin cells it will probably include those brown ones too. For the fake tanners, my suggestion then would be that you do it on a Monday and Tuesday and apply tan on the Thursday for the weekend. That way your tan will go on better because it’s going on to smooth skin and when life is dull and boring at the beginning of week you can prep again without any bother. 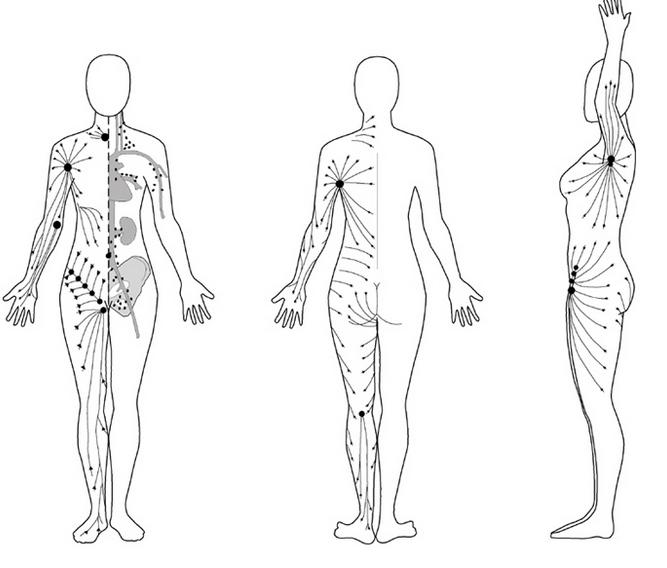 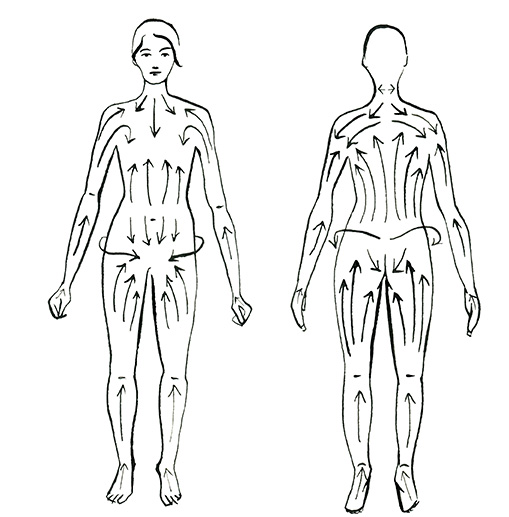